You arrive in a country, thinking you have a fair grasp of the language. Then along comes a word or expression that bamboozles, confuses — or perhaps just delights…

Grab a magic carpet, prick up your ears and join us for a whistle-stop tour of eight linguistic lovelies.

It’s a command that means listen, according to a Peace Corps introduction to Setswana, one of the local languages in a landlocked African nation known for its cattle, Kalahari “thirstland” and diamonds.

(Botswana’s very own Mma Ramotswe, protagonist of Alexander McCall Smith’s series of books starting with The No. 1 Ladies’ Detective Agency, uses her listening expertise to unearth missing husbands and track down the sender of anonymous letters.) 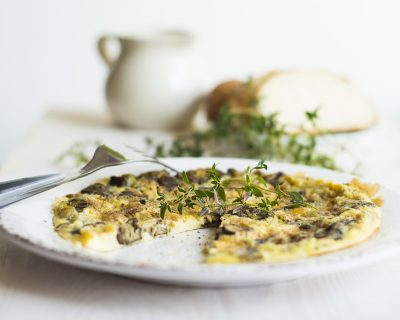 Looking for a hair in an egg, in other words seeking out problems where none exist.

In contrast, ter pepinos means to have an unexpected problem to deal with, or to hit on a snag as we might say in English. What that has to do with cucumbers though…

(Funnily enough, un pépin in French is a seed, but also an informal word for problem or hitch.)

Keen on learning some Portuguese? Why not have a browse on WordReference.com, a website where I could happily while away hours if I let myself.

You could do worse, too, than listen to singer-songwriter Gilberto Gil, folk singer Cesaria Evoria and fado artist Ana Moura.

As I’ve mentioned elsewhere, Collins Dictionary has a great feature when you look up a word online. Scroll down and you can see how to say singer, for instance, in languages from Finnish to Spanish via Dutch, complete with pronunciation for most.

Music to my ears!

When I went back to live in France, a friend said this to me one day. Why the sudden change of subject and what did an alluring leg have to do with the price of poulet chez Carrefour?

It makes no difference to me, is one of the possible translations.

Among the many other delights that I discovered when I lived and worked across the Channel: 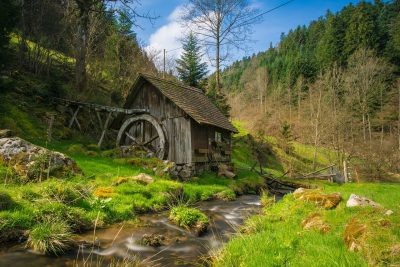 I stumbled on this charming expression in an article on the language-learning app Babbel by Brazilian journalist Gabriel Mestieri.

A former colleague from Reuters tells me that it’s also the title of a clap-along pop song in the late 1980s by Stephan Remmler. Vielen Dank.

(Look out for the drummer, shades of a young Arnold Schwarzenegger, in the YouTube video.)

A translation? This too will pass, we might say in English during times of adversity. Although it seems a shame – schade – to miss out on a  more literal translation.

Everything has an ending but the sausage has two. Ich habe es gern.

Ireland / Éireann: Between the jigs and the reels

In the month when we celebrate St Patrick’s Day, it seems churlish not to include this way of saying “what with one thing in another” in a situation that’s confused or a little hectic.

Ever been to a ceilidh and seen the occasional turmoil amid the change of partners mid-jig?

On that note: what lovely, graceful performances of traditional Irish dancing by The Maria O’Sullivan School of Dance on St Patrick’s Day, part of a community event to raise funds for the 46th Penge Festival.

There are so many turns of phrase I relish from Ireland. (“Mind yourself,” I mention in a previous blog.) “Now,” I’ve often heard people say in Ireland when setting down a cup of coffee or a meal in front of a customer.

At the end of what were regular visits to family in West Cork, an uncle used to tell me: “The sooner you leave, the sooner you’ll come back.” That logic is hard to fault.

It’s a word you may well hear quite often on the streets of Britain. Think of it as the equivalent in English of fine, sure, OK, all right, agreed. (What a pleasure to understand even a few words of another language.)

It turns out that dobra is more informal than dobrze (pronounced “dobzha,” from what I can gather). Both mean the same thing. Who knew? I’m glad to have asked the question.

“Is Polish the most difficult language to learn?” is another question, posed as the headline of an Oxford Dictionaries blog. Getting to grips with Polish certainly sounds quite the challenge.

Talking of which, a copywriter colleague and friend is learning the Irish language; partly just because it exists and also in a nod, perhaps, to the grandparents. Grand!

This expression is used as an alternative to por si acaso, just in case. What flies have to do with taking an umbrella in case it rains, for instance, is hard to say.

An article in The Huffington Post, updated in Dec. 2017, lists some more expressions that foreign speakers of the language of Cervantes might not understand first time round. 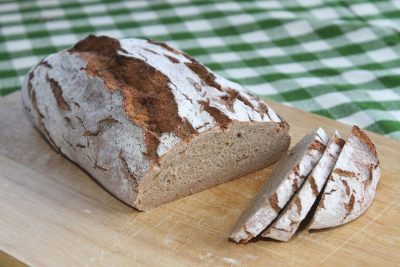 Image by fichte7 on Pixabay. Published in a www.briandmcgee.com/blog.

Ser pan comido, meaning that a task is easy to complete, is another one I remember from working  in Madrid while I was at Bloomberg.

The fact that it’s related to eating probably helps… (It’s among the food idioms in a blog on Devour Madrid, which runs local food and wine tours in the Spanish capital.)

Literally, longer than a day without bread.

This suggests that the tall person is lying down rather than upright — unless that takes the fact-checking reflex too far? 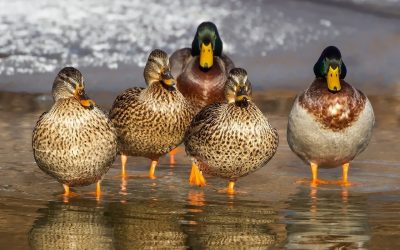 Image by 2554813 on Pixabay. Published in a www.briandmcgee.com/blog.

United States: Getting your ducks in a row

Being on top of things, planning, getting organised. What’s not to like?* When ducks are included too, the appeal increases. A mallard — what a marvel.

(*I am mocked – mocked! – for labelling the electrical plugs at home.)

By all accounts, “Two countries divided by a common language,” is a quote attributed to the Irish writer and critic George Bernard Shaw — but he never said it.

Time to stow the magic carpet for now.

Don’t look so downcast. Like my (mostly) daily #briandword offerings on Twitter and a dearth of words, I’m unlikely to run out of expressions to explore in future blogs.

Words and expressions to bamboozle, confuse — and delight.

(Many thanks to Alfredo Aranda in Madrid; Jack Oughton, Marta Urwalska & Maureen Kennedy in London; Jeff Lewis in Sao Paolo; and Reinhard Krause in Berlin for their help with this blog.)

*What expressions, confusing and/or charming, have you encountered in your travels?
Please add a comment, or any other reactions to this blog, below.*

Today's #briandword — pink
From 'in the pink' to the full 'in the pink of health'…. without forgetting, of course, that fine slapstick creation of inspired buffoonery "The Pink Panther"#writing #editing #copywriting #film #creativity #comms #walking #nature #spring #trees pic.twitter.com/lJNHvxyJTI

8 comments on “Adventures in language: around the world in eight… expressions”